Over the past decade, Tiger Roll has undoubtedly established himself as one of horse racing’s most successful participants. The ten-year-old, Irish-bred thoroughbred clinched the previous two Grand Nationals and, in doing so, became the first horse to win back-to-back events since Red Rum during the mid-1970s. Fundamentally, each of their successes put them in contention for the title of being the best-ever Grand National winner. So, let’s take a look at how the two compare.

Competition for the Crown

Under the guidance of trainer Gordon Elliott, Tiger Roll has enjoyed a successful competitive career. In 2013, the thoroughbred made his competitive debut at Market Rasen Racecourse and finished at the front of the chasing pack. However, it wasn’t until the 2014 Triumph Hurdle that the now 10-year-old clinched their first major win.

In relation to the Grand National, there’s unquestionably an argument to made that Tiger Roll is the race’s best-ever participant. At the time of writing, one of the main reasons for that relates to the Bay-coloured horse’s perfect record at the highly-regarded annual event. To date, the Irish-bred racehorse trained by Elliott has twice raced in the Grand National, winning on both occasions. Upon triumphing in 2018 and 2019, Tiger Roll wrote his name into the history in becoming only the second horse to claim back-to-back Grand National victories.

However, it may perhaps be too early to place Tiger Roll ahead of Red Rum. Compared to the Elliott-trained horse, the thoroughbred steeplechaser secured three Grand National wins between 1973 and 1977. Interestingly, in the two years where Red Rum didn’t cross the line in first, he never fell out of the top two. That said, should Tiger Roll complete a famous consecutive treble in 2021, then few could argue against the ten-year-old being the event’s all-time great.

Potential for a Third Consecutive Triumph in 2021?

When seeking to determine the best Grand National racehorse of all time, a number of criteria should be taken into consideration. Aside from race wins, it’s also worth acknowledging the quality of opposition. Like most sports, time has enhanced performance levels, meaning that modern-day racers have to overcome more competitive challenges. This, however, is unlikely to impact Elliott’s hopes of seeing Tiger Roll secure an unprecedented treble in 2021.

Following the cancellation of the 2020 Grand National, the thoroughbred will continue his pursuit of perfection at Aintree in 2021, as per Horse and Hound. As of November 13th, 2020, Tiger Roll is 13/1 with horse racing betting to win the next Grand National, making him the favourite for the event ahead of Easysland. While success isn’t a guarantee, Aintree is clearly a happy hunting ground for Tiger Roll and his rider, Davy Russell.

In the Conversation as the All-Time Best

Ultimately, there can be very little doubt that, should Tiger Roll clinch a third successive Grand National, then the record-breaking achievement will surpass Red Rum’s three-time success in the 1970s. While their respective legacies deserve long-term recognition, there’s an opportunity for Tiger Roll to cement his status as the greatest Grand National racer of all time over the coming years. 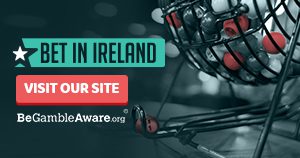 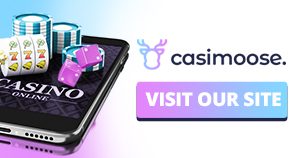